Home > UK > Arts > Meet the characters – All About The McKenzies 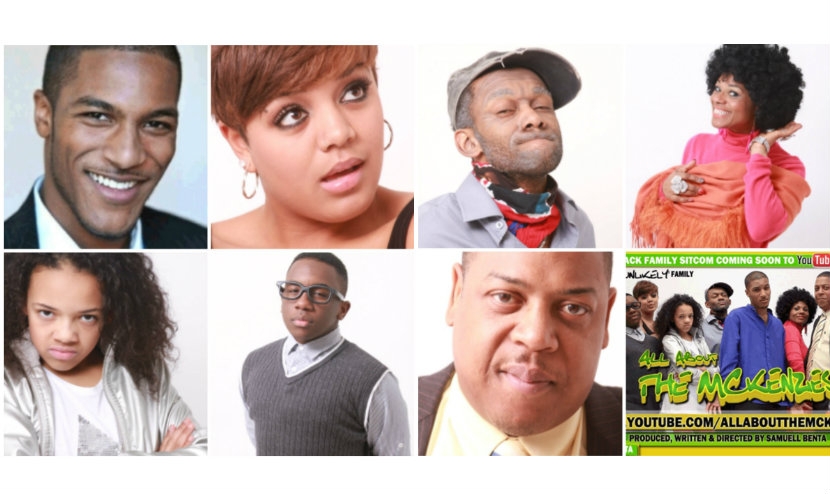 Meet the characters – All About The McKenzies Family Sitcom

All About The McKenzies is a new Black British Family Sitcom created for the web with the intention of becoming an international TV show. Meet the characters Played by the writer/director and producer of the show, we dive into Samuell’s life where we define his pain and needs.

As talented and ambitious as he is we Identify that he loves his daughter and provides for her when he can, this respectable older brother has a heart and cares for his family’s wellbeing and is a role model for his siblings by giving advice that they need.

He can’t seem to please everybody as it’s a constant challenge with Angel (his youngest sister) where it’s a game of wild wild west and tit for tat.
He still loves his ex-girlfriend Annika but what fuels his anger is her behaviour with denying him child access and seeing other guys. A love story in disguise….

Charlene is confident and irresponsible and is quite fearless, her grades are flailing at school as it’s not where she ideally wants to be as her passion is fashion and being a model.

She is married to her phone and clearly the most popular girl in school…. Andre is very intelligent and does well at school however he’s a bit of a mystery until its revealed in the series where we understand the reasons for his ‘behaviour’.

He believes to get the good looking girls you need to be a rudeboy. However this does not affect his school grades. Angel knows how to get on Samuell’s nerves! and schemes where possible to get him into trouble.

There’s not a lot to say about Angel except that she’s daddy’s little girl and she loves drawing. She has an admirer from school who she gets a surprise visit from… Winston is the father of Delia, and our liveliest character. The old chap used to be part of a huge Jamaican band in the 60’s called ‘Straight rum no ice’… Give him one, and he’ll tell you all about it.

His wife Claudette died a few years ago of a heart attack. Loneliness got to him, so he gave his daughter and her family the home, but remains put; much to the annoyance of Delia’s husband Raymond.

Although; granddad’s flatulence problem could be adding to Raymond’s distress. Having the kids around keep him youthful, and provide him with far more entertainment than any day time telly programme ever could.
A bit of a flirt with ladies and an un-apologising lack of tack; Granddad is the one who says it how it is.. . He can breakdance…. Delia is the dutiful wife of Raymond, a doting daughter to Winston, dependable mother (for ALL) and the ultimate Disco Diva! She loves nothing more than to mentally escape from the mad house that is her home and immure herself into the sound of the 70’s.

With a heart the size of her afro; she has a knack for saying the right things, at the right time; and is always there to offer a few words of advice to anyone that need it. Raymond is a loving, but controlling dad and husband. Genuinely uncomfortable being amongst the randomness that filters throughout his home; he’s more than happy to work all day, and have Delia be a stay at home wife ‘just as a women should’.

A successful detective in the police force. He loves his kids (especially his little Angel) and wants the best for them all, but shows it, in his own unique way.

Ever so slightly over protective, Raymond tends to put his foot down quite a bit, and runs his household just as he would the team at work.
Well respected amongst the people within his neighbourhood (they’re scared); he appears to have it all. But with a weakness and obsession for his rum cake, a flatulent father in-law who loves nothing more than to get under his skin, and an inability to open up emotionally, Raymond’s has his fair share of troubles… and kinky handcuffs which he tends to use to arrest people…

Look out for All About The McKenzies on You Tube this May.

All About The McKenzies – Series 2