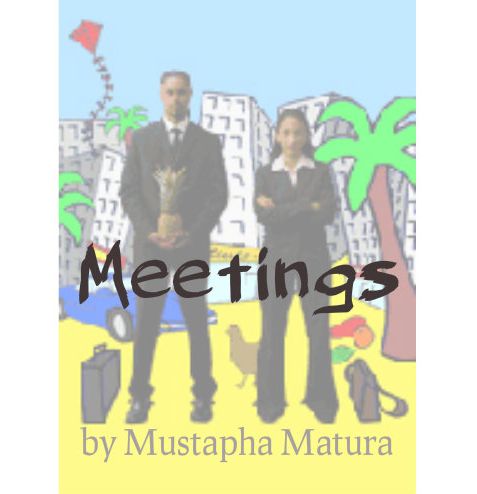 Meetings by Mustapha Matura at the Arcola Theatre

“You leave a meeting to go an eat mango?”

In 1980s Trinidad the economy is booming and Hugh and Jean, a high-flying business couple, have every reason to be happy.

But when Hugh meets an old woman selling traditional Caribbean food he remembers the meals his mother used to make: he realizes what is missing in his life. Starting with food, Hugh changes his whole way of life.

His search for happiness leads him away from swimming pools, speed boats …and Jean.

Meetings is a darkly comic look at a generation tempted by the fast cars and fast food of the American lifestyle but rooted in a more traditional culture.

Their search for an identity, torn between heritage and globalisation, is as recognisable today as it was in the 1980s.

Meetings is now showing at the Arcola Theatre, London until 20 October.

Mustapha Matura is an award winning Trinidadian playwright. His recent hit Playboy of the West Indies was a sell-out success at The Tricycle. Visit Mustapha Matura’s website