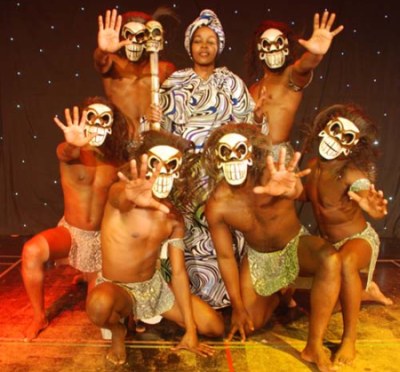 The new play, Napoleon Noir and charity United Haitians in the United Kingdom are working together to raise awareness of the history and importance of Haiti on the world stage and actively to support investment ‘in our children today for a better tomorrow’.

Napoleon Noir, written by Marcus Heath with music by Duncan Atkins-Walsh and Iain Storey, is an exhilarating exploration of the life of one of history’s forgotten black heroes – Toussaint L’Ouverture, the Haitian revolutionary, who realizes a brief but triumphant moment of freedom for his enslaved people at the beginning of the nineteenth century.

The cast includes the Mighty Zulu Nation Theatre Company who are recognized by education authorities for providing valuable inter-active, multi-cultural experiences for children across the UK.

The story of Haiti is one of the world’s best kept secrets. The sacrifices Toussaint made for his children was the start of the work we must and need to continue today.