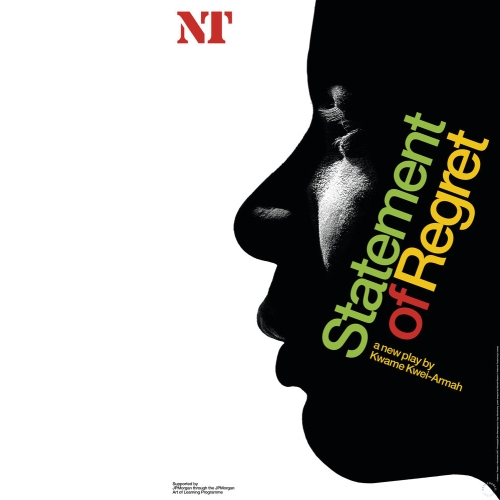 Statement of Regret is Kwame Kwei-Armah’s third play for the National Theatre. He won an Evening Standard award for most promising playwright for Elmina’s Kitchen (2003) which was also nominated for an Olivier award for best new play. This was followed in 2005 by the politically barbed Fix Up.

Kwaku Mackenzie, played by Don Warrington, founder of a Black policy think tank, hits the bottle after his father’s death. As media interest in the once dynamic Institute fades, his team grows fractious and then, disastrously, he favours a young Oxford scholar over his own devastated son. When, in a vain attempt to regain influence, he publicly champions divisions within the Black community, the consequences are shattering.

Kwame Kwei-Armah’s third play for the National Theatre takes a punchy, provocative look at the Black British experience and the need, or not, for solidarity. His previous works include Elmina’s Kitchen, which won the 2003 Evening Standard Award for Most Promising Playwright and transferred to the West End, and Fix Up.

‘Kwame kwei-Armah is back in blazing form…a sparky production in which ideas fizz and emotions sizzle.’
Daily Telegraph