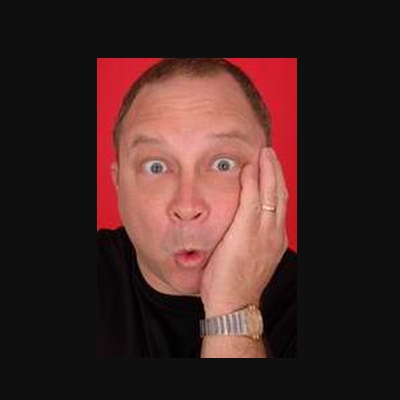 “He’s Jamaica’s greatest export since Ganja but he makes you laugh much more. And he’s legal!
Tony Hendriks is world class.” The Gleaner

In 1999 & 2000 Tony was voted Best Jamaican Comedian in a Daily Gleaner poll by the Jamaican people.
His Jamaican success is based on TV show PALEFACE POINT OF VIEW that aired on CVM TV for five seasons and LAUGH JAMAICA the comedy revue that played 100s of sold out shows in Jamaica, toured the UK and USA and sold so many videos the pirates have built houses on the proceeds.

Eventually in 2001 Tony exported his unique brand of Jamaican bananas to England where he has won BLACK ENTERTAINMENT COMEDY AWARD 2005 as Best International Comic as well as a CRE; Race In Media Award 2002 for a show on BBC Radio London called I LOVE CARNIVAL.

He currently lives in London and tours all over the UK and Europe thrilling audiences at Jongleurs, The Comedy Store, Comedy Caf, Glee Club, Off The Kern, Rawhide, Frog & Bucket, Laughter House, Mirth Control, Hyena, Banana Cabaret, The Stand, and recently appeared at the Winnipeg Comedy Festival 2006 where he was invited to perform on the Best Of The Fest.

Tony has appeared on the BBC sitcom THE CROUCHES as Uncle Bertie, Brain Candy as himself and on LITTLE MISS JOCELYN in a couple of roles. He also performs his one man play BRIXTON ROAD PORTRAITS to audiences all over Britain.

Tony has also performs for Church and Charity groups: Jamaica Basic Schools Charity Foundation, The Salvation Army, Church of God of The Prophecy, and is not just hilarious but clean too.

During a gig for the Church of God of The Prophecy in Birmingham the Bishop laughed so hard his blasphemed. At the Jamaica Society Manchester a Bishop confessed he would use some of Tonys act in his sermon that Sunday. And at the Jamaica Basic Schools Charity Ball the Jamaican High Commissioner refused to leave until Tony had performed.
Tony also works in the USA, Arabia, Africa and the Caribbean at festivals and corporate functions.

Tony Paleface Hendriks is Jamaica’s comedy ambassador and can be seen on Air Jamaicas in flight TV show ISLAND STYLEE.

Amazingly funny, extremely entertaining. Clockworkcomedy.com
Hendriks, nicknamed Paleface, has the charisma and presence to be able to delve into genuinely fascinating topics, and still hold the attention and the laughs. Chortle.com

From War to Windrush