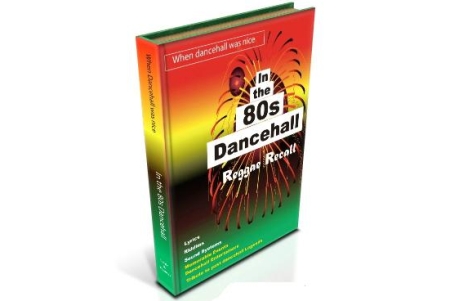 In The 80s Dancehall Reggae Recall

From the days referred by dancehall legends as ‘When dancehall was nice,’ This masterpiece is a tribute to dancehall entertainers and a ‘must read’ by reggae/dancehall fans.

As the world evolves and things within our realm changes every day, we have to adapt to the reality that the only constant thing in life are changes. In this technological era that we now live, there has to be ways to recapture the past, archive it and preserve it for the future. If we don’t know our past, we can’t deal with the present and we definitely will not be prepared to deal with the future.

In the 80s Dancehall – Reggae Recall, is focused on the sub-genre of Reggae music known as DANCEHALL. This book is a positive recollection of the entertainment aspect of the music in the 1980s throughout Jamaica West Indies and its connection to foreign countries. Dancehall, as outlined in this book, focuses on the way we know it as “a way of life.” It is a culture that was created to fulfill the need for entertainment among the minority and the poorer class of Jamaicans. Rooted in the ghetto, dancehall has emerged to become an Industry spanning several continents around the globe.

The 1980s era was the decade referred to by many older dancehall fans and entertainers as the time “when dancehall was nice.” It was also the years of some of the most significant changes in the dancehall. For example: Sound Systems which is the heartbeat of the Dancehall, became more equipped from the transformation to the new digital age and computerized rhythms began appearing on turntables.

While some may view Dancehall as a mere sub-genre of Reggae music, the authors see it as a complete entity in itself. “It is a culture, it is a way of life, and it is also an entertainment resource for its people. As 80s dancehall soldiers and undying reggae fans, we present to all dancehall people the book; ‘In the 80’s Dancehall, Reggae Recall’.”

Reggae in the 1980s throughout Jamaica West Indies When Dancehall was Nice by Lenworth Lyttle and Paul Thomas.