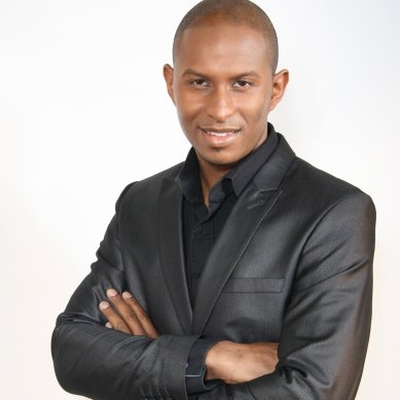 UK Entrepreneur Set To Share His Experiences On A Global Stage

Nathaniel Peat is amongst just three young British entrepreneurs who have been selected to represent Britain at the G20 Young Entrepreneur Summit in Canada (June 20-22). Nathaniel is the successful entrepreneur behind award winning business, The Safety Box, which was launched in 2007 to proactively address the growing concern of knife crime, gun crime and anti-social behaviour. In 2009 he appeared on the BBC’s The Last Millionaire and is now set to share his experience on a global stage. The Tottenham raised successful entrepreneur and pilot will join two other representatives as a UK delegate with Enterprise UK and the Institute of Directors (IoD) in attending the G20 Young Entrepreneur Summit in Toronto, Canada.

Key topics for discussion at the summit will be access to funding, coordinated support, entrepreneurship culture, regulation and taxation, education and training. Peter Grigg, Enterprise UK’s Head of Policy & Research, says: “It’s a great opportunity to influence a global strategy for encouraging entrepreneurship among young people. The UK entrepreneurs have all been successful at a young age and can call on their experiences to inspire others.”

The Summit, taking place in Toronto, Canada June 20-22, 2010, will assemble delegations from the G20 nations to identify and examine the issues impeding young entrepreneurs around the world. The discussions will result in the development of a communiqué identifying shared key policy issues and approaches. This information will be presented to the G20 Leaders to help them to maximize the economic potential of young entrepreneurs in their respective economies.

The Summit has been recognized by the Canadian federal government as an official G20 event, and its recommendations will be the focus for a discussion of entrepreneurship at the G20 Business Summit (B20) on June 25 – 26. It will feature prominent government officials and business leaders such as Tom Jenkins, executive chairman and chief strategy officer of Open Text Corporation, who will deliver the keynote address on the evening of June 21.

Alex Mitchell, Head of Influencer Relations at the IoD says: “Young entrepreneurs are and will increasingly play an essential part in global economic growth and it is vital their views are heard and discussed by the leaders of the G20 nations. By working together with other like-minded organisations from around the world, the IoD and Enterprise UK are contributing to the global discussion surrounding the challenges facing youth entrepreneurship, as well as the policies needed to support innovative young business owners.”

Also attending will be entrepreneurs Philip Kerr, the Managing Director of Innovas Consulting Ltd and Waqas Baggia, an award winning entrepreneur and co-founder of Kreative Iron.

The inaugural G20 Young Entrepreneur Summit aims to get global commitment to the role of youth entrepreneurship in shaping future economies. It will celebrate the successes of young entrepreneurs, identify the challenges that face them, and bring the importance of youth enterprise to the attention of the G20 leaders. The intention is to establish the Young Entrepreneur Summit as an annual event that, moving forward, will be held in conjunction with the official G20 Summit.

Nathaniel Peat is an academic and social entrepreneur with an insatiable appetite for success. In 1997 Nathaniel embarked on his journey with a BEng (hons) Degree in Mechanical Engineering with Aeronautics (Brunel University) he then went on to study for his Master of Science degree in Advanced Systems Engineering. During his years at university, Nathaniel’s personal interests encouraged his proactive involvement in several organisations including the African Caribbean Society (President, 1998-99), Brunel University Senate and Council Student Representative (1999-2000) and as a member of the Union of Brunel Students Parliament (1999-2000).

Equipped with this strict discipline, Nathaniel has used his martial arts training as the backbone of his Company, The Safety Box. In his mission to make a difference in society, The Safety Box seeks to encourage and develop youngsters into achieving and bettering themselves through a wide range of interpersonal courses. Specifically tailored in line with the national curriculum the courses are taught through PSHE classes in schools in and around the capital, dealing with conflict resolution, anti-social behaviour, confidence building and personal safety. Nathaniel has been publicly accredited for his hard work at the 2007 and 08 nationwide Enterprising Young Brits Awards (Make Your Mark). In 2007, Nathaniel was the first person to scoop two awards, beating 20 strong finalists, including the people’s Choice Award presented by the former Prime Minister Gordon Brown.

Last August Nathaniel travelled to Jamaica as a UK ambassador for Global Entrepreneurship Week at Jamaica’s first Youth Diaspora conference. During his visit he met the Prime Minister of Jamaica Bruce Golding, the Governor General, the minister for Foreign Affairs and Trade, amongst other senior politicians and influential business people. Nathaniel’s business The Safety Box plans to be implemented in Jamaica by 2012 to help deal with youth violence.