Home > UK > Friends of the Caribbean Fundraising Ball A Success 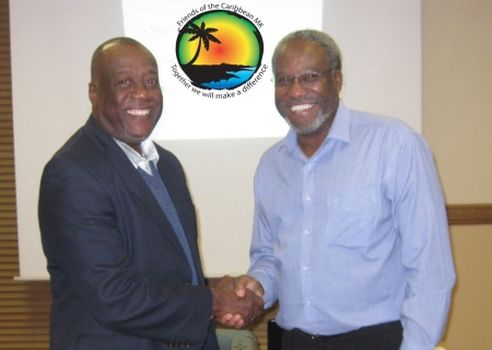 A ball held in Milton Keynes, which was attended by two Caribbean High Commissioners, has raised over £1400 for The Prostate Cancer Charity.

The annual event, which was organised by Friends of the Caribbean, took place at the Doubletree Hilton Hotel on Saturday 16th July, included musical entertainment from Panache steel band, saxophonist Anna Brooks and international reggae start Peter Hunningale, as well as a three course Caribbean meal for the 320 people who attended.

Owen Sharp, Chief Executive at The Prostate Cancer Charity and Mr Iqbal Anjum, a consultant urologist at Milton Keynes NHS Trust Hospital also attended the event. Mr Anjum gave an after-dinner speech about his work in the field of prostate cancer to raise awareness of the disease.

Friends of the Caribbean, who organise a fundraising ball annually, chose to support The Prostate Cancer Charity this year after the organisation’s Chairman, Ally Clarke, was diagnosed with prostate cancer in January 2010. He has been receiving treatment since then, and has just completed a course of radiotherapy to treat the disease.

Speaking about the ball, Ally Clarke said: “this is a wonderful turn out and I am really pleased. We really need to raise awareness of Prostate Cancer in the Caribbean community and I hope tonight’s event goes some way towards doing just that”

Owen Sharp, Chief Executive at The Prostate Cancer Charity, who also addressed guests at the event, added: “We are very grateful to Ally and Friends of the Caribbean for organising such a fabulous event to raise funds for the Charity. I, like everyone else there, had a brilliant time and were thoroughly entertained by the good music and great food. It was also fantastic to get the message out there about prostate cancer. I would like to thank everyone who supported the event and help made it such a success.”