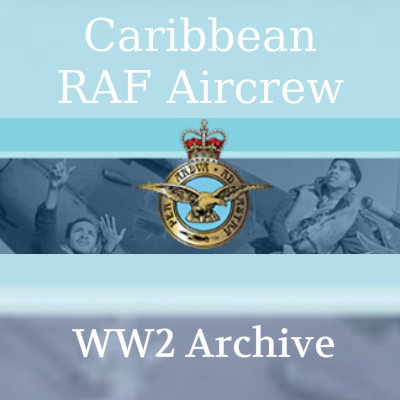 Not many people in Britain today are aware that during World War II, there were over 400 air crew from the Caribbean who flew with the RAF – about 70 receiving commissions, 103 decorations for distinguished service, and over a hundred who gave their lives fighting for the ‘mother country.’ Also, quite a few of us were taken prisoner.

One distinguished flyer was my friend Squadron Leader Ulric Cross, DFC, DSO, from Trinidad, who flew 80 missions as navigator of a Mosquito fighter; and who was the model for the Black character, Squadron Leader Charles Ford in Ken Follet’s novel, The Hornet Flight.

When a fan of Follet’s – a white Zimbabwean ex WW II pilot – read the novel he was so incensed that he wrote to Follet complaining that as a Officer in the RAF he had never seen any Black air crew, least of all a black Squadron Leader. He took exception to remarks made by the character about white Rodhesian Officers in the RAF, and about the length people in Britain seemed to be going to to foster good multicultural relations. It must be said that during my own time in the RAF I had never come across any other air crew from the Caribbean who were commissioned. I was only to meet Cross and other Caribbean air crew after the war.

Cross was undoubtedly an exceptional man. He and many other ex- Caribbean aircrew went on to have distinguished careers. He served as a Judge in Ghana, Cameroon, Tanzania and Trinidad and was ambassador of Trinidad and Tobago to Germany, France and Norway and High Commissioner to the UK. At age 91, he still writes opinion for the Department of Justice, Trinidad.

I would guess that owing to his number of successful sorties, Cross was prime material for a fictional hero – someone like Biggles who came back time and time again! I’ve never considered myself a hero. I was just lucky to survive my 3 operational flights dropping bombs on cities, oblivious to the collateral damage inflicted on the civilian population. I flew as a navigator of a Lancaster bomber during the Battle of the Ruhr [5 March – 30 July 1943], a time when Bomber Command suffered its greatest losses [19,000 fatalities, approximately a third of the losses sustained for the entire war].

These numbers led me to research the comparative nature of the aircraft. The Lancaster, I discovered, was about 10 times the size of a fighter plane and flew at about half the speed of a Mosquito. Despite its rudimentary armaments, these characteristics must have militated against survival of bomber crew and limited their potential number of individually flown operations. And in spite of these limitations, it is a testament to the skill of all bomber crew that so many of them survived the war.

In researching my war memoir, A Member of the RAF of Indeterminate Race, I found that neither the Air Ministry, the MOD, nor the Imperial War Museum had complete records of air crew from the Caribbean, whether of obvious ‘hero potential’ or not. This prompted me to set the record straight and I have recently been able to obtain some files from The National Archives, scandalously I feel, for a fee! And with the assistance of my friend and webmaster, Hans Klootwijk, the son of Joost Klootwijk, who wrote a booklet about my last flight, Lancaster W4827: Failed to return!, we have set up an online archive to trace and commemorate for all time, all those whose services have not been acknowledged.

Our website www.caribbeanaircrew-WW2.com is attracting contributions from all over the globe from those committed to the memory of the men from the archipelago that punched above their weight.

Blackness and the Dreaming Soul by Cy Grant