Home > UK > Blackness and the Dreaming Soul by Cy Grant 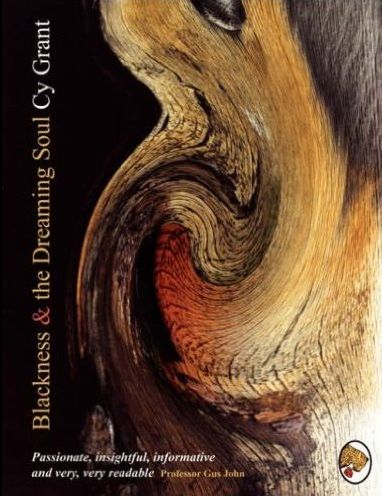 Blackness and the Dreaming Soul – A journey of self-discovery

Blackness and the Dreaming Soul is an account of a long journey of self-discovery involving an ever deepening awareness of the causes of our current alienation from each other and the natural primordial world. It is an alchemical venture, exploring the darkness of the human psyche: being black and trapped in a white culture, as well as being white and caught in an ambush of denial.

Written without bitterness and recrimination, Blackness and the Dreaming Soul is neither pure biography nor philosophical manifesto, but grows out of the author’s childhood as the great grandson of a slave in British Guiana. The book chronicles his career during a long sojourn in Britain, as a World War II RAF officer (two years spent as a prisoner of war in Nazi Germany), qualifying as a barrister at law, to a career in show business spanning stage, film, radio and TV. In the late 50s, Cy’s was the first black face to appear regularly on television, singing the news in calypso.

Blackness and the Dreaming Soul transcends attempts at categorization. It is a reconstruction of the way we make our reality, a journey leading the author to a holistic outlook beyond the frustrations that have dogged his life, beyond anger, beyond division and polarity, to a vision of unity in diversity in which all things are connected; man and nature, earth and cosmos.

In the 1970s, Cy Grant was chairman and co-founder of DRUM, the first black arts centre in Britain. In the 80s, he was Director of CONCORD multicultural Festivals, celebrating British cultural diversity when the idea of multiculturalism was not so popular. Cy is an Honorary Fellow of the University of Roehampton, a member of the Scientific & Medical Network and author of Ring of Steel, pan sound & symbol, the story of the evolution of the Trinidad Steelpan.