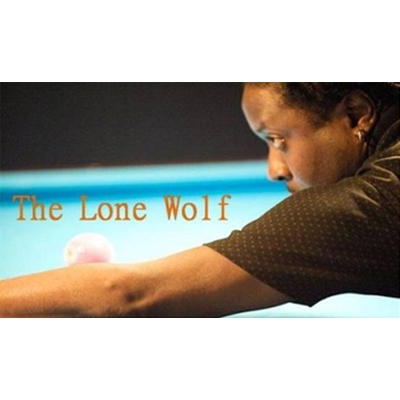 Jason now plays on the Euro Tour Series encountering multiple world champions and national champions from all corners of the European continent. Currently ranked 94th in Europe (out of 675 players), it is without doubt that he has made an emphatic impression on the world of Billiard Sports.

Of Jamaican origin, Jason now seeks to develop his profession further afield by travelling to the North and South American territories holding aloft his adopted Jamaican identity as a symbol of pride and passion within a sport that is dominated by European and Asian players.

Step by step and shot by shot, the Euro Tours one and only Jamaican Pool Billiards athlete Jason Lawrence AKA ‘The Lone Wolf’ is determined more than ever to leave his mark on the world Pool Billiards scene.

Jason ‘The Lone Wolf’ Lawrence has agreed to set up a ‘British Division’ of America’s Universal Pool League system, which will also include summer schools for Juniors at Riley’s pool halls in Bolton and Manchester, where he will mentor local children. A major factor for doing this stems from Jason’s 9 year experience of Education in Secondary Schools having taught Design Technology. ” In our lives Product Design is at the heart of everything we do.” describes Jason.

He also believes that the more opportunities that offer prosperity as well as an education may enable and encourage the youth to positively channel their energies for the good of others as well as themselves.

For the ‘Lone Wolf’ this is just the beginning of many community and business initiatives that will be developed in 2009. Already on board is Birmingham’s contemporary and dynamic Illustrator, Christopher Hamilton who has created various designs for J C Lone Wolf Promotions including Jason’s personalised logo. “My eclectic vision of business alliance at this current time of economic downturn will bring hope and opportunity to those who have the same passion as me to succeed.” Explains Jamaica’s No. 1 Pool Player.

The support that Corey Deuel, one of America’s top professional pool players has inspired Jason to take up this challenge to bring new business adventures to the European Pool Billiards market. The Universal Pool League itself will be based on individual league competitions were everyone is a winner!