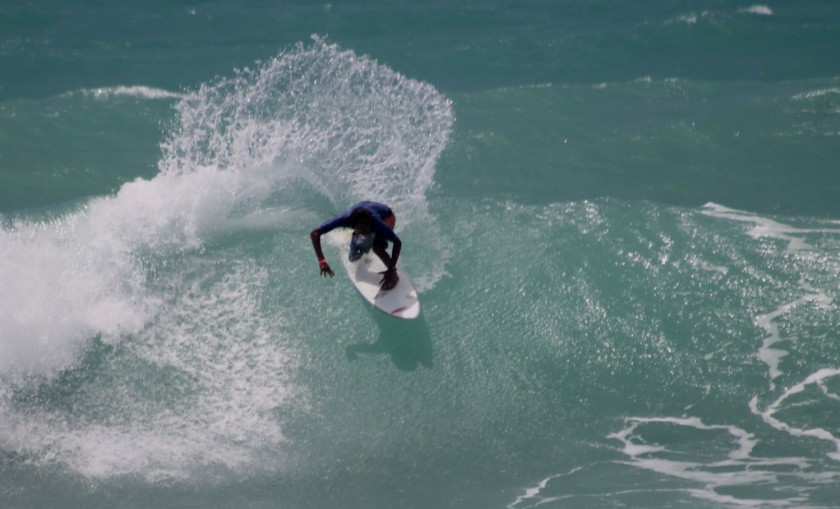 Entries for the 2015 Makka Pro are already being confirmed from the twin island republic of Trinidad & Tobago. So far three surfers have been confirmed.

The head of the “Trini Storm” is Chris Dennis. Chris is a former professional surfer from the World Qualifying Series and he will be a definite contender for the 2015 open title. Having won many international, regional and local events, he has travelled extensively. Hailing from a rural part of Trinidad, Balandra was where he learned his craft. Chris Dennis is one of the first surfers from Trinidad & Tobago to ever compete on the World Qualifying Series. He spent 4 years on tour. “Between Worlds” is his signature film documenting the up’s and down’s of life on tour. Now at home, Chris is sharing his knowledge and his experience by mentoring and coaching kids, two of whom will be making the trip west with him for the 2015 Makka Pro.

Traveling with him will be 15 year old Elton John. Elton has been a top performer in the Junior Division in the past two years having emerged from the SATT Development Program which was spearheaded in 2010. Elton is part of a new crop of young surfers honing their skills from the small seaside village of Balandra and at 15 promises to be one of T&T’s top surfers for years to come. In 2012 was awarded the ISA Scholarship which recognizes young developing surfers by merit of their surfing abilities as well as their academic discipline. He is current National Junior Champion.

The third entrant is 17 year old Jyiell Lewis. Jyiell is considered by many to be the top junior surfer to emerge out of Trinidad in the last 3 years. He is a good example of a strong surfer with a polished style who is also making an impression in the Men’s Open Division.

In November 2013, he travelled to the Independence Classic in Barbados with funds from his ISA scholarship. There he turned many heads with his fearless approach in the powerful waves of Soup Bowl.

“The inclusion of these top surfers from Trinidad is going to make the contest very competitive indeed” said JSA President Billy Wilmot, “ and with juniors expected from the USA and Barbados, I anticipate an especially scorching hot display of Caribbean surfing in the Junior Pro division.”