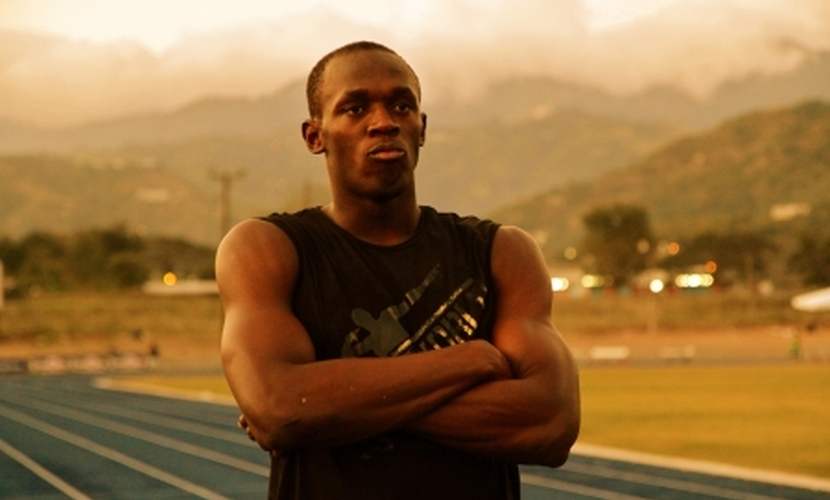 In this extraordinary film, French producer and director Gael Leiblang paints us an intimate and boundless portrait of the life of athletic legend and cultural icon Usain Bolt.

Breaking BBC records (reaching 3 million viewers) when aired in mid July, this DVD features an extra 30 minutes of never before seen footage, delving deeper than ever fathomed into the rigorous training sessions and elusive private life of the long-legged Jamaican.

Granted exclusive and unprecedented access to the fastest man in the world, Leiblang explores Bolt’s childhood and chronicles him in a series of in-depth interviews, as he prepares to make history at this year’s Olympic games in London.

Filmed over a 12 month period, leading up to this year’s Games, Bolt is examined both at home with his family and friends and on the road competing across the world.

This stunning documentary expertly exposes his boyish charm in his home environment, juxtaposed to his uncompromising focus and invincibility on the track, where he gallops past the other runners, like a God competing with mere mortals.

Usain Bolt sealed his position as the fastest man on earth and entered the history books when he successfully retained his 100m Olympic title. As over four billion peopled watched the 100m final at the London 2012 Olympic Games on the 5th Of August, the Jamaican sprinter took the gold medal convincingly. The win means that Bolt retains his three Olympic titles and three world records.*

From gruelling sessions on the practice track, to deejaying for fans in Italy and including his infamous false start at World Championships, this remarkable documentary takes us inside the life of the man who could become the greatest athlete the Olympics has ever seen.