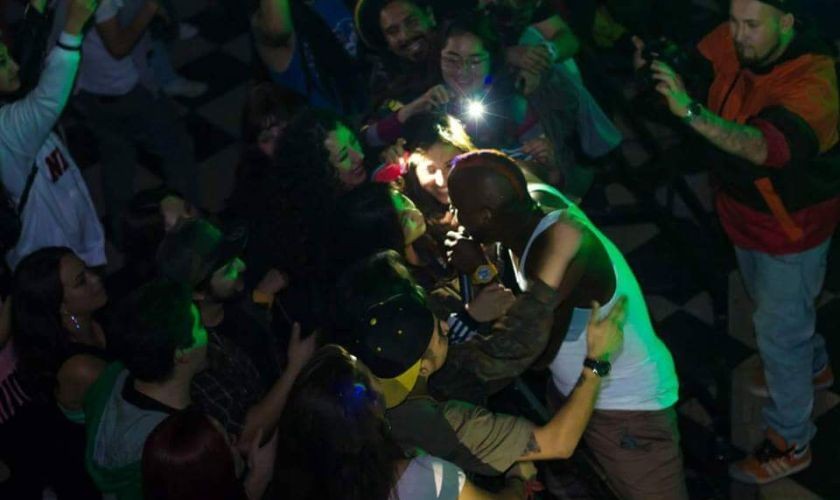 The duo, who perform twice yearly in Latin American countries, has seen their demand increase dramatically in the last two years since their appearance on the Rototom Music Festival in Spain.

So far this year, the Duo has had multiple appearances in Nicaragua and Chile, with other appearances set for Colombia and Costa Rica in the summer.

The RDX brand in the South Americas has far reaching effects, amped by the popularity of songs such as “Lose Yourself” with Major Lazer, “Jump”, “Kotch” and “Ride It”. Appearances have been to thousands of fans at multiple venues in these countries with RDX as the only artiste billed to perform at each event. Performing for these audiences is quite a thrill for the self proclaimed ‘girl bosses’ as well;

“It’s a joy to see dancehall music being enjoyed by a huge Spanish speaking audience, The people know how to have a good time with no hang ups, just pure undiluted fun.” Shared Renigade

RDX has not only transcended Mainstream Spanish Speaking Countries. They are undeniable one of the most popular Dancehall acts in France for the last five years, which has given them the opportunity to perform in other French territories like; Reunion, Mayotte, Guadeloupe, Martinique & French Guiana, on a regular basis. It never ceases to amaze the duo of how excited the French fans are to see RDX perform:

“It’s a Phenomenal experience each trip! We are talking large excited crowds of adoring fans who remember songs even you as the artiste forget, and they know the English words to these songs line by line” added Delomar Fresh from their highly successful Chile performance earlier this month, the duo has ideas of incorporating more of the Spanish flavor into their music.

Fans can expect more singles like the recently released Brazilian Funk infuzed ‘Push Back’ single. This track along with the EDM flavored ‘Lose Yourself’ with Major Lazer are among the list of RDX songs that get rotated on popular radio stations in Nicaragua such as; Radio Tripicalida, Radio Futura and Radio Hit.

Back in Jamaica RDX is busy promoting their new dancers anthem “Skankers” produced by Apartment 19 Music. The single is dubbed the ‘dance floor reboot’ and is amped by the energy and Dance moves of popular dancers locally.