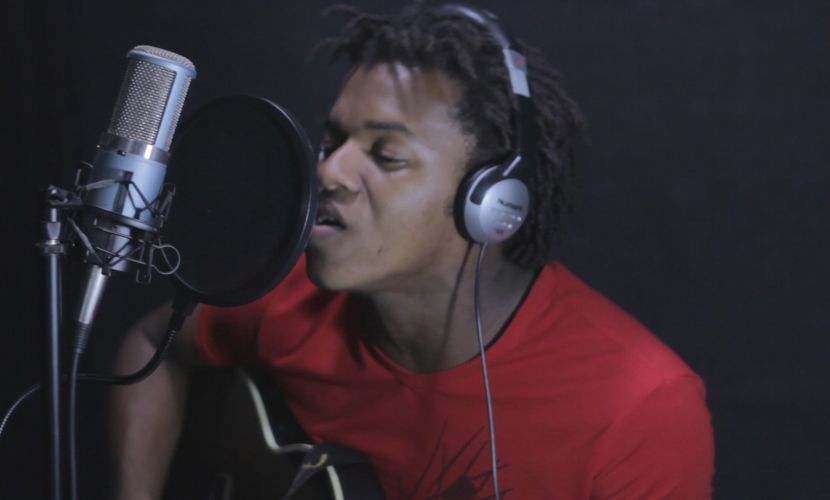 Craigy T of T.O.K takes on the producer role for the new track ‘Range Rover’ by Kenny Smith, the latest talented addition to Craigy’s artiste roster at his new label imprint GAFJAM Records.

The smooth reggae single “Range Rover” is about a promise the young crooner made to his parents of better days ahead. In this endearing tribute to his parent’s unconditional love, Kenny expresses his determination to build his musical career in order to show them tangibly just how much he appreciates what they have done and continue to do for him.

“Range Rover” music production credits include instruments played by the exceptional Robert “Dubwize” Browne and Kenny Smith. The vocals were recorded at Icon studios and the track was mixed by Mario “Syantis” Lawrence. The single “Range Rover” itself was released in July by Zojak World Wide with two equally poignant singles from Kenny Smith “Strong Like a Lion” and “Fire Brigade”, all are available for download via iTunes.

Dancehall veteran Craigy T was first introduced to Kenny’s work when the two were involved in a local TV talent show ‘Digicel Rising Stars’ in 2013.

“I saw so much potential in him. When he sang I heard a soul that was missing in today’s music. I had to do what I could to get it (his music) out there” says GAFJAM Records label head Craigy T.

Kenny is a gifted musician who not only sings and writes his own material but also plays the guitar, drums, keyboards and bass.

“I play the guitar the most you know but I love them all! When I am playing an instrument that one is my favorite (instrument) and I just have fun” Kenny says with a big laugh.

The ‘Range Rover’ video; directed by Simeon Hedge and shot in various parts of Kingston including Icon Studios, Sherlock, Meadowbrook, Manor Park and Palisadoes, premieres this September on local TV and online.

With an extensive promotional campaign also set for Global Distributors Zojak Worldwide, the video will see extensive online promotion and will be featured on the brand’s website throughout September.