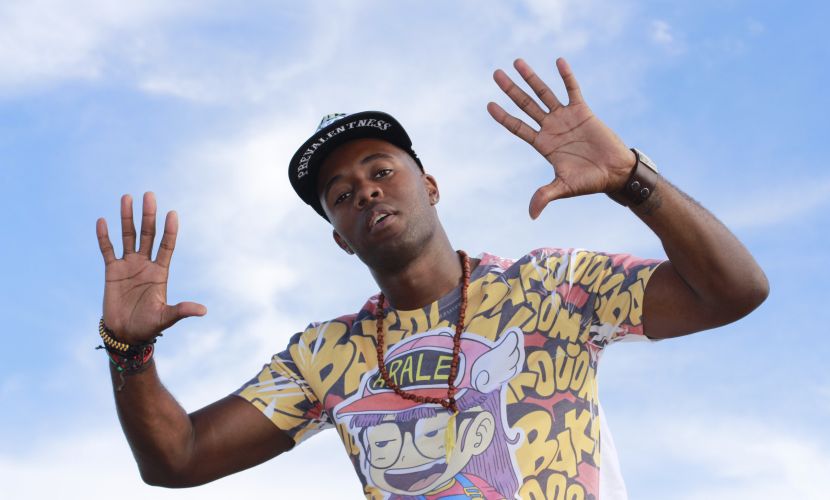 Jamaican Notoriety on the table for ‘TheOutcome’

The Dancehall industry will see a new face vying for stardom this summer! Reuben McCalla who goes by the stage name ‘TheOutcome’ has been in Jamaica for the last two and a half months promoting his new music material.

Inspired by his environment, politics, trends, fashion and social media, ‘TheOutcome’ is working tirelessly to stamp his mark in the Jamaican soil.

Living in the United Kingdom for over a decade, TheOutcome got his name as a result of a series of personal unfortunate events he endured over six years ago.

‘I thought to myself what one word would represent me? Then I put all of the good and the bad, positive and negative that I have faced out there…then the name came to me “The Outcome” the artiste explains.

Though he is predominantly a Dancehall artiste, living overseas ensured that a lot of different genres; such as pop, drum and bass, and grime, has shaped his sound. The upcoming starlet aspires to be a pioneer that will one day inspire a generation and not only musically but a role model or a leader for others to follow in all areas of expression.

TheOutcome is currently promoting his latest single “Love Fi Party” which has been gaining steady traction since his return to the island. He has hit the Street Sessions; Uptown Mondays, Gallis and Boasty Tuesdays and Peppa Sundays and has seen the party crowds respond positively to the single thus far.

With a music video already shot for the single and almost ready for its television premiere, TheOutcome definitely has a lot in store for the visual promotion of the single in the upcoming weeks, prior to the release of his ten track EP.

“As this is my first official jump off we have a plan but as you know in this game all of that can change instantly…so we will be watching how the single goes so we can then know what direction we going next.” TheOutcome added

Stay tuned to all his social media platforms for updates on ‘TheOutcome’ and the single “Love Fi Party”.