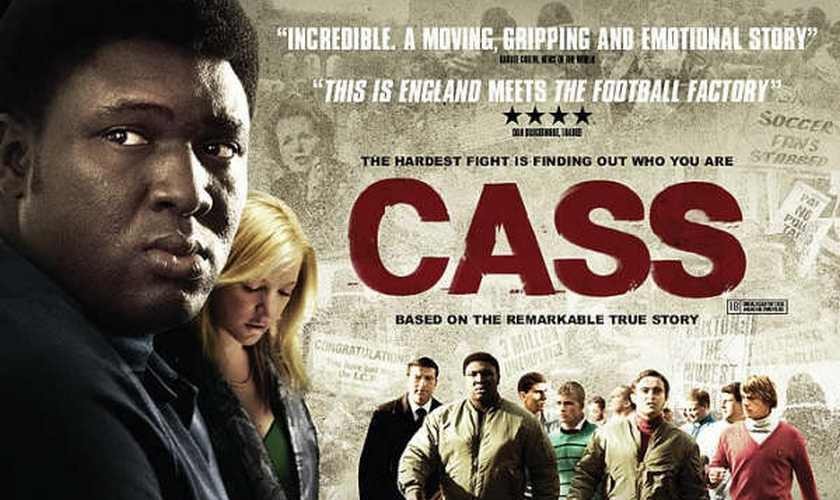 CASS, the incredible true story of one man’s identity struggle and ultimate redemption.

“….This Saturday was the start of the good times because I became a part of something…”

August 1st sees the release of and ultimate redemption.

CASS follows the story of how an orphaned Jamaican baby, adopted by an elderly white couple in 1950’s London, changed from being the most feared football hooligan in the country to Britain’s best selling black author.

Based on Cass Pennant’s autobiography of the same name, CASS is the unique story of a specific time in British history, exploring complex issues of race, class and masculinity across three decades in urban Britain. As he explains: ‘My life is the story of a certain section of British society, about race, class, music and fashion and the friendships that cut across those divides’.

It’s post war London; the streets are dirty, the city is changing and political correctness hasn’t been invented yet. If you’re a black kid with white parents, life is hard and that’s just the way it is. For Cass Pennant, racist bullying is just a part of everyday life. That is until one day Cass decides he’s had enough. Years of pent up anger erupt and in a single act of explosive violence, Cass suddenly finds the respect he never had. Attending a game at West Ham United, Cass encounters their hardcore hooligan gang and is hooked by the excitement. Finding acceptance and male camaraderie in a predominantly white social sphere, he rises through the ranks to become the leader of the notorious ICF hooligan firm.

Being a six foot five black man in a predominantly white environment makes it hard not to get caught however and Cass becomes an instant target for his adversaries and the authorities.

Written and directed by Jon S. Baird and produced by Steffan Haller, CASS will be released by Optimum Releasing in the United Kingdom and Eire.