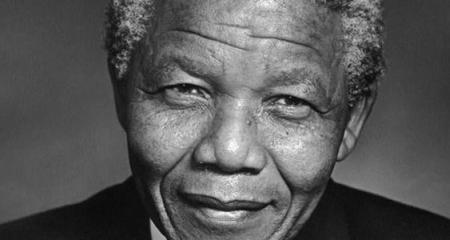 The Drum wish to express our deepest sadness at the passing of Nelson Mandela on Thursday 5 December, aged 95, after several years of ill health. Mr Mandela is recognised the world over as an international figurehead for peace, his struggle becoming a cultural shorthand for bravery in the face of adversity, determination against overwhelming odds, and self-sacrifice for the greater good of a cause that shaped the history of a nation.

His tireless struggle for freedom and equality has been a beacon of inspiration for generations both within South Africa and across the world, and The Drum joins our friends and colleagues is paying respect to this great man who achieved so much for so many.

“Madiba Nelson Mandela rose to become the icon of the worldwide anti-apartheid movement. In spite of the horrendous wrongs he experienced and the viciousness of their perpetrators, Madiba was able to transform South Africa. Long may his legacy, teachings and energy prevail.” Charles Small, CEO

“Steadfast in the struggle for social justice, equality and reconciliation, heroic in his deeds and graceful in his manner; Nelson Mandela was an inspiration to our artists, our communities and to all of us here at The Drum.

We salute his passing and celebrate his life’s achievements.” Mukhtar Dar Director of Arts & Marketing

Born in 1918, Nelson Mandela joined the African National Congress (ANC) in 1943 as a law student campaigning against apartheid. He was arrested in 1964 and sentenced to life imprisonment, serving most of his 27 year sentence on Robben Island, from where his messages of guidance, including his autobiography, were smuggled out to the anti-apartheid movement.

He was released in 1990 after years of international campaigning as South Africa began to move away from strict racial segregation, winning admiration around the world when he preached reconciliation and forgiveness after almost three decades of imprisonment.

He was elected President in 1994, his administration replacing the racist regime that had enforced apartheid segregation, serving a single term before stepping down in 1999. Mr Mandela went on to become one of the world’s most respected statesmen, assisting in peace negotiations in the Democratic Republic of Congo, Burundi and other countries in Africa and elsewhere.

As the UK’s premier intercultural art centre, The Drum have always identified closely with Mr Mandela’s ethos of unity through togetherness, overcoming obstacles, and striving for identity and independence. Birmingham has long been associated with South Africa – Mr Mandela travelled to Birmingham in 1993 just prior to his historic election, visiting schools and community centres. The city has been twinned with Johannesburg, and during the apartheid years many South African exiles, including artists and musicians, based themselves in Birmingham, where their influences can still be felt today.

By way of tribute, The Drum will be opening its doors this Saturday 7 December between 10am and 6pm, and throughout next week, to make a Book of Remembrance available for the public to sign, and will be announcing details of an official remembrance event to coincide with his funeral as soon as possible.

In Autumn 2014 The Drum will be holding the week-long Afrovibes Festival and welcoming numerous South African artists. This event will mark the 20th anniversary of South African freedom and democracy, and will be dedicated to Nelson Mandela.