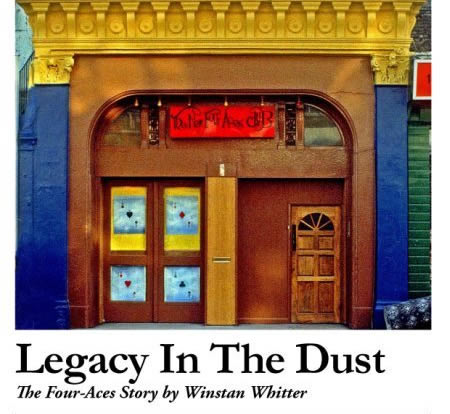 Legacy in the Dust (12A) by Winstan Whitter

This is the story of ‘The Four Aces Club’, founded in the 60s and which for 33 years was home to the most influential black music and musicians to date. It showcased new musical genres like Reggae and Ska, also a home for Jazz and Soul. Artists like Desmond Decker, Jimmy Cliff, Count Shelly, Ann Peebles, Percy Sledge, Ben E King and Billy Ocean performed here.

Despite its success it came under fire from the local Police and was forced to close its doors in the late 90’s due to a compulsory re- possession ordered by the local Authorities to make way for the regeneration in Hackney for the fourth coming Olympics in 2012.

Charting the club’s history right up to its untimely demise as a victim of 2012 Olympic urban regeneration, Legacy in the Dust features personal and often riveting accounts by its founder and many of those who enjoyed nights out at this most infamous of London clubs.

2016 update
Film Screening of LEGACY IN THE DUST – THE FOUR ACES STORY at 6.30pm Thursday 24th March 2016 at the George Padmore Institute London

Rollin Through the Decades Skateboard documentary