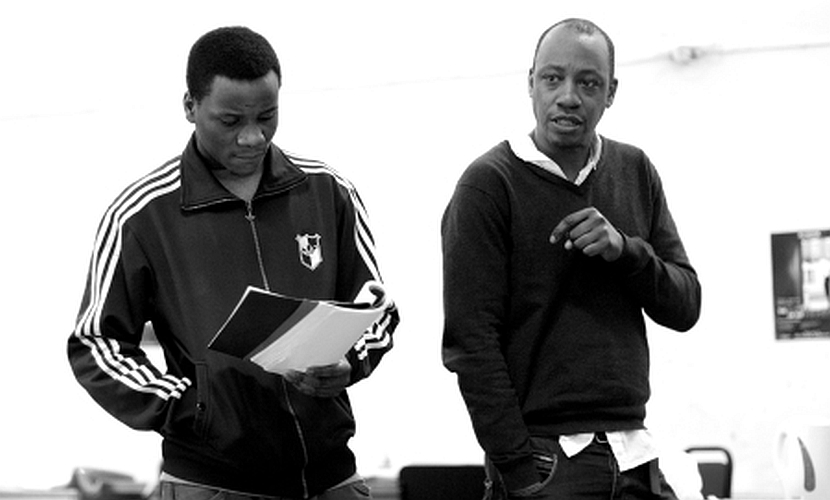 Building on the accomplishments of their 25th anniversary, which saw successful collaborations with the West Yorkshire Playhouse (Waiting for Godot) and the V&A (The Colored Museum), highlights for 2012/2013 include:

God’s Property: In association with Soho Theatre, directed by Michael Buffong and written by award winning playwright Arinze Kene, God’s Property will have its world premiere at Soho Theatre in February 2013 before touring the UK;

Participation: Talawa Theatre Company’s commitment to developing creative talent and inspiring dialogue with and within communities will continue through an extensive Participation programme. Talawa Young People’s Theatre (TYPT), an annual summer school, will return this August and give aspiring young BAME performers the opportunity to mount a professional theatre production; following TYPT 2011’s production of #I Am England, Talawa will be working with Zendeh and other European partners to create #I Am Europe, an exploration of European identity by a diverse group of young European theatre-makers aged 18-25 years; and from May 2012, Talawa will form a 3 year partnership with Central School of Speech & Drama exploring opportunities to diversify intake and course content in order to support students from BAME backgrounds.

“My vision is for Talawa Theatre Company to become synonymous with Black work of outstanding excellence. As well as producing work with high profile established practitioners and delivering productions that have a major impact on the British theatrical landscape, Talawa also seeks to develop the talents of new Black actors, writers and directors and become the go-to company for audiences, practitioners and industry insiders alike. I have exciting collaborations in the pipeline that will deliver exceptional work in London and the regions, I want our studio to become a hub of creativity for new writers, directors and practitioners and our participation work to continue to be sought after and grow from strength to strength.”

Moon on a Rainbow Shawl back for 2014