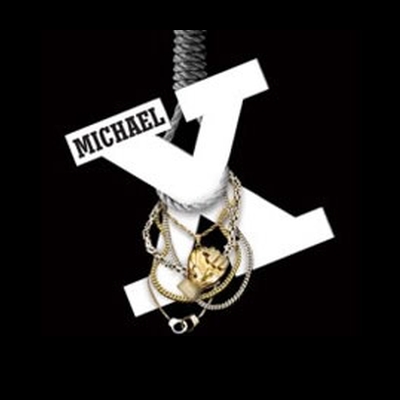 A Trini ‘bwoy’ rolls off a boat into 1950s London. Ten years later he’s the most famous black man in Britain, but who was Michael X? The ‘authentic voice of black bitterness’ [Observer 1965] or the ex Rachman henchman for whom politics was just another hustle?

Following the 1958 Notting Hill Riots, Vanessa Walters new play probes at the heart of politics in 1960’s Britain and the ‘true story’ of Michael X.

Michael X is a play charting the life of the controversial black power activist Michael de Freitas. He went from being a pimp and drug dealer in London’s Ladbroke Grove, to disciple of Malcolm X following a chance meeting. As well as living a chequered and flamboyant life, Michael’s death is also shrouded in controversy, after leaving London and fleeing to Trinidad, he was hung for murder. This compelling monologue will be performed by stage and screen star Clint Dyer, whose recent works includes Big White Fog, Almeida Theatre and ITV’s Trial and Retribution.

The play is written by Vanessa Walters as a result of a year-long project called Between the Lines in association with The Royal Borough of Kensington and Chelsea. Vanessa Walters is an author and journalist, whose novels include Rude Girls and Best Things in Life. Her most recent publication is Smoke Othello, a creative collection inspired by the black history of West London.

The production is directed by award winning director, Dawn Walton whose work includes Oxford Street and the Shining at Royal Court Theatre and The Blacks, Young Vic. Dawn has recently been appointed Artistic Director of Eclipse Theatre.

Similar scenes were being played out in many inner-cities across the UK and indeed in America with riots and well known black activists like Malcolm X and Martin Luther King campaigning for civil rights. Michael X tells the tale of one man’s experience set against the backdrop of social change.

After beginning her career at the Royal Court Theatre, Dawn was awarded the Jerwood Young Directors Award at the Young Vic. More recently she was Acting Head of Studio-National Theatre. Dawn has recently been appointed Artistic Director of Eclipse Theatre.

Vanessa Walters is best known as the teenage novelist discovered to be writing a novel as hobby to share with her school friends. When discovered by teachers, the journal was passed to an agent who quickly had her signed to a publishing company and a five-figure book deal.

The book, Rude Girls, made her a success, but instead of diving head long into the literary world she continued her studies, progressing to University. Rude Girls was acclaimed as an accurate portrayal of life in the North London Black community. Whilst studying law, Vanessa spent a year in Paris and continued her writing. The Best Things in Life was published in 1998 and explored the lives of young Black women struggling to balance friendship, work and relationships. Vanessa now works as a writer, film critic and writer in residence for the borough of Kensington & Chelsea. She is a contributor to BBC Radio 4’s Front Row and BBC Four’s The Cinema Show and has a column in PRIDE magazine.

Vanessa divides her time between London and working in Paris. Her most recent publication is Smoke Othello, a creative collection inspired by the black history of West London, which contains the script Michael X. She regularly contributes for The Guardian and is writing her third novel.

2008 is 10th anniversary of the BFM Festival