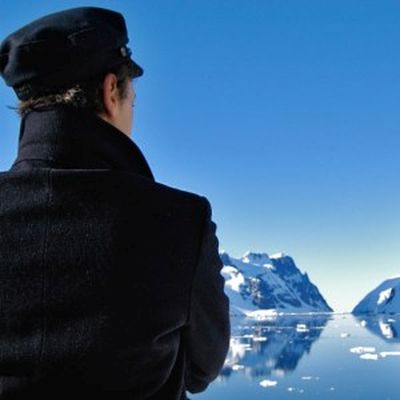 Moj of the Antarctic: An African Odyssey

Moj of the Antarctic is inspired by the wonderful true life story of Ellen Craft, a 19th century African-American slave woman who escaped to freedom by disguising herself as a white man. Ellen’s amazing story of race and gender cross-dressing is one of the forgotten gem’s of Black history, and the history of drag!

Moj of the Antarctic extends Ellen’s amazing biography into a flight of theatrical fantasy where upon arrival in Victorian London, she finds work as a sailor on a whaling ship bound for the Southern Seas. Life on the ship is tough and even stranger is the men’s obsession with Black face minstrelsy. Eventually the ship arrives in Antarctic waters ripe for gruesome whaling, and Moj becomes the first Black woman to step foot Antarctica.

Moj of the Antarctic is not only an allegorical historical show; it is an important ecological creative exploration. The performance highlights important connections between Antarctica, global warming, rising sea-levels, desertification, drought, famine and the coastal erosion of historical slave sites in Africa.

Writer, Performer – Mojisola Adebayo. Mojisola is a freelance performer, writer, director and workshop leader. She has an MA in Physical Theatre (University of London) and has undertaken extensive training with Augusto Boal, Black Mime Theatre and others. Her career has spanned a wide range of arenas from street rap to theatre of the oppressed, from pantomime to physical theatre, from promenade plays to large scale site specific events, from collaborations with dancers to performance poetry, from popular TV to clown activism!

All of Mojisola’s work is concerned with power, identity and change. She has had the pleasure of working with diverse companies all over the world including America, Brazil, Belgium, Canada, Finland, Ireland, India, Israel, Norway, Palestine, South Africa, Sri Lanka, Syria, the UK and the USA and of course… Antarctica!

Some of her most exciting and invigorating creative experiences have been
• writing and directing Palestinian actors in the West Bank (Ashtar Theatre)
• teaching theatre for social change to community workers in Cape Town (CAP)
• touring as a deviser / performer with the only Black physical theatre company in Europe of its day – Black Mime Theatre
• constructing plays with slum dweller arts-activists in Ahmedabad (Vidya / Pan)
• Directing over thirty productions with Cardboard Citizens, Clean Break and London Bubble to name a few, most recently Tales From the Emerald City (ShowHow) which toured UK theatres in 2005 including Hampstead Theatre, Oval House, Contact Theatre in Manchester and Oxford Playhouse.

Whilst living in Ireland, Mojisola was on the panel of anti-racism trainers for the Equality Authority of Ireland and was Ireland’s first Black Artistic Director at Dublin Youth Theatre. Currently, Mojisola is an Associate Artist at Pan Centre for Intercultural Arts with whom she is working on a new book – Theatre for Development. She also plays the role of Nina, in the first Black family on Irish Television, in the popular soap Fair City (RTE 1) and is about to appear in a new season for The Royal Shakespeare Company