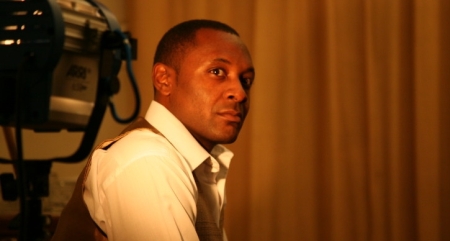 A Great Ending for Actor Neil Reidman in ‘Losing Innocence’

December not only marks Christmas and the twelfth month of the year, but also a time when Working Actors (if not doing panto) start to have a well earned rest.

But not for workaholic actor Neil Reidman. Neil best known for his role as Lt Atillo in ‘Dr Who’ recently finished shooting the feature ‘Hard Time Bus’ for 2hotfilms Directed By Dean Charles. He played the part of ‘Mark Bishop’ his first major leading Role in a feature film due out in January 2013.

Neil still has a premiere to look forward to attending this weekend. ‘Losing Innocence’ an Independent feature Directed By Matt R. Ford of Pretty Hate Productions, sees Neil playing the part of DC ‘Adam Beyer’ a detective who has been pressured and convinced by his best friend to go undercover to try and help him track down the murderer of his niece.

Neil original from Birmingham came to London in 1991 and attended the Prestigious Rose Bruford College where he trained as a professional actor. He is now based in South west London for the past fifteen years. Neil goes on to say “It’s always been a passion of mine from an early age to become an actor, and going back to my home town to watch a feature in which I play an intergral part, is the best feeling ever!!”

Neil will then start filming ‘Birthday Boy’ in January 2013 for a few weeks before jetting off to Kenya, to finish shooting the African Epic ‘Pearls of Africa’ for shakazi productions. “The only way is up” says Reidman laughing.