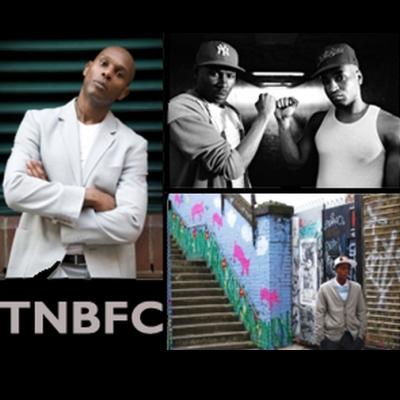 Twelve documentaries and features will be presented as part of the 2012 exhibition marking 25th Black History Month Anniversary.

Screenings in Brixton, Hackney and Stratford throughout October including the Oscar-tipped ‘Beasts of the Southern Wild’ and award-winning Director Penny Woolcock’s feature documentary ‘One Mile Away’

The 2nd year of The New Black (TNB) BHM Season is packed with twelve specially curated documentaries and features, for a festival of film complimented by debate and performance, creating a rich and stimulating cultural extravaganza. The festival opens on Monday 1st October and runs through to Thursday 25th October at City Screen cinemas across London.

Headlined by the controversial Hidden Colors, which rewrites black global history, the theme of TNB BHM 2012 is ‘Shh! The Secret Lives of Everyday People’ delving into the closet of black communities, in the hope of bringing out into the open issues that have remained swept under the carpet.

This programme also marks the 25th anniversary of Black History Month and to highlight this significant milestone, the festival is screening work by inspiring and emerging independent Black filmmakers from the UK, US, Jamaica and South Africa. With many cuts being made to local authority budgets for Black History Month, this represents an opportunity to secure the ongoing annual showcase of often untold stories by filmmakers from the African Diaspora.

TNB is proud to be supported by Film London through National Lottery Funding on behalf of the BFI to ensure a wide and varied provision of film in the capital, as well as Diabetes UK – since the disease is up to five times more common in African/African Caribbean communities than in the general population. We are also partnered by NUSHO, a health organisation, which is setting up health zones for the early detection of other life-threatening illnesses before selected screenings.

Priscilla Igwe, Programmer, commented: “This is truly progress when, in this great year of sport, TNB has been supported to tell other amazing human stories of triumph over adversity, focusing on your gift and claiming who you are, through its unique programming.”

TNB BHM 2012 is also a platform for artists and performers such as singers, spoken word poets, dancers, designers and so on thanks to the extraordinary spaces for film, art exhibition & marketplace available at the Ritzy, Hackney and Stratford East Picturehouses with African Caribbean catering and is currently home for TNB monthly film club.
Programme of Events

Opening week: Hidden Colors will play in all 3 venues

Mon 1 Oct HIDDEN COLORS
Secret History Dir: Tariq Nasheed, Documentary, US, 2011, 109mins
Hidden Colors is a documentary about the real and untold history of people of colour around the globe. This film discusses some of the reasons the contributions of African and aboriginal people have been left out of the pages of history. Panel by Black History Studies.

Mon 8 Oct – Double bill
VISIBLY INVISIBLE Secret Segregation Dir: Kurt Orderson, Documentary, South Africa, 2009, 52mins ‘Visibly Invisible’ looks at this term that is so implicit to Africa’s identity by focusing on Africa’s presence in Norway through the African History Week festival that takes place every year since 2004. This festival brings together artists from Africa and the Diaspora to acknowledge their history and the resultant positioning of Africans living inside and out of Africa today.

BREATHE AGAIN Dir: Kurt Orderson, Documentary, South Africa, 2010, 72mins The reality for Derrick Orderson in the seventies was that as a black man he was denied access to the South African swimming team. All due to apartheid law that prohibited the progression of black athletes in the country’s sport. Q&A with Director.

Wed 10 Oct OTELO BURNING
Secret Surfing Dir: Sara Blecher, Drama, South Africa, 2011, 72mins, English subtitles
Set in 1989, against a backdrop of brewing conflict between two political groups in Lamontville, 16-year-old Otelo Buthelezi takes to the water for the first time and it is clear that he was born to surf. Then tragedy strikes. On the day that Nelson Mandela is released from prison, Otelo is forced to choose between surfing success and justice. Q&A with Director.

JJ is a ‘Stud’ Lesbian. Together with her best friend Seb, a gay pretty boy, they work as wedding photographers. When JJ falls in love with a beautiful diva, JJ and Seb’s friendship is tested. JJ is forced to choose between her hot new lover and her best friend. Q&A with Cast & Crew.

Hushpuppy, an intrepid six-year-old girl, lives with her father, Wink, in the Bathtub, a southern Delta community at the edge of the world. With the waters rising, the aurochs coming, and Wink’s health fading, Hushpuppy goes in search of her lost mother. Followed by panel discussion.

‘On the Trail of My Father’ tells the story of murdered South African reggae artist Lucky Dube. Thokozani, his eldest son, travels with his late father’s tour manager to Jamaica and is embraced by thought-provoking stories about the impact his father’s music had in the world. Q&A with Director.

Kurt Orderson a Rastafarian and young filmmaker, from Mitchell’s Plain, Cape Town, came to an understanding of the meaning of black consciousness and thus sought to retrace his great grandfather’s epic journey and legacy, Joseph Orderson, who came from Barbados to Cape Town in the 1890’s and was part of the Universal Negro Improvement Association UNIA, founded by the great Marcus Garvey, the father of contemporary Black Nationalism and Pan Africanism.

An urban love story unfolds against a backdrop of political turmoil. Set in 1970’s Jamaica the story of ‘Better Mus Come’ follows Ricky, a young man from an inner city community fighting against all the odds to escape the prevailing hardships of life in the ghettos of central downtown Kingston. Q&A with writer/producer.

It follows Penny Woolcock’s Hip Hop musical 1 Day which depicted these postcode wars. One Mile Away was initiated by Shabba, affiliated to the Johnson side, who met Penny during her research for 1 Day. He saw her as neutral and as someone who had built trust on both sides. Along the way, they get advice from Jonathan Powell, who oversaw the Good Friday Agreement, and the riots erupt in Birmingham, with surprising consequences.

Visit www.tnbfc.co.uk for more info or connect on Facebook