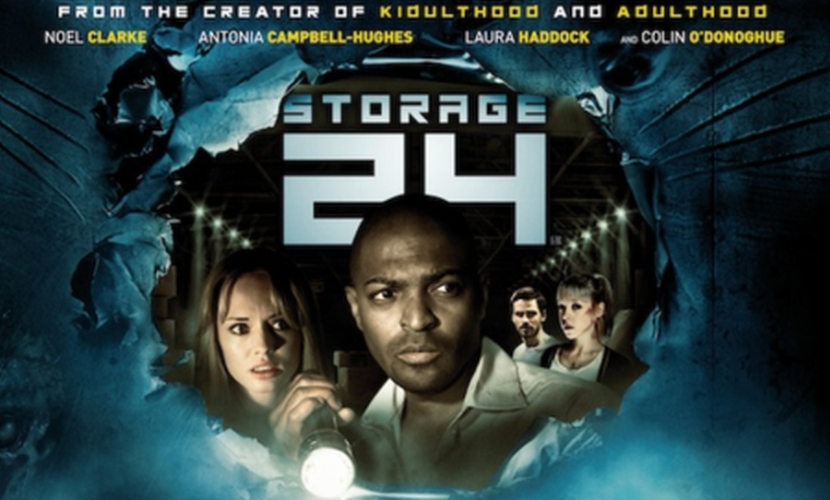 BAFTA-winning British actor, writer and producer Noel Clarke’s latest film is a cut different from what is expected from the 36 year old West Londoner. Storage 24 is a sci-fi horror movie set in London, with a military cargo plane that crashes into the city shutting it down and unleashing the alien. Charlie (played by the man himself) is busy with his girlfriend (Antonia Campbell-Hughes) and best friends in a storage facility dividing possessions after a break-up. Suddenly the power goes out and trapped inside the building, they soon realize they are not alone.

I had the pleasure of seeing this sci-fi movie at a special screening last week in Central London. Throughout the 87 minutes I was gripped by the film which started on a steady pace but soon elevated to another level.

Noel’s writing developed a great script which was brought to life by himself and the rest of the cast and were all believable and on point. He stars along side Antonia Campbell Hughes, Laura Haddock, and Colin O’Donoghue.

On asking Noel what are people’s expectations of his films? He replied “they expect them to be urban, violent and socially realistic because that’s what my first two films were, and they were successful.”

Noel has also been connected with another film called ‘The Knot’ which is due out in October and currently has Fast Girls which he co wrote and appeared in, screening to packed houses across the country with fantastic reviews.

He enjoys acting and directing more out of the three, as with writing “you pour a lot of time and effort into something and when you give it to someone to read they may say no its rubbish”

“For every five scripts I write one may get made and rest remain on my laptop.” Evidently Noel is letting budding filmmakers know the kind of effort you have to make in order to get recognition which did not happen overnight for him.

A very charismatic and confident character Noel, is hoping that the film will be an instant success as well as surprising to the audience “No one can say he just does the hoodie thing” he quoted and “it’s an advantage” that he can’t be pinned down.

He continues “I hope everyone comes out to enjoy ‘Storage 24’ this summer, and if all goes well, I am ready to get started on the sequel.”

Noel continues to have a bright future ahead of him and certainly is in control of his own destiny.