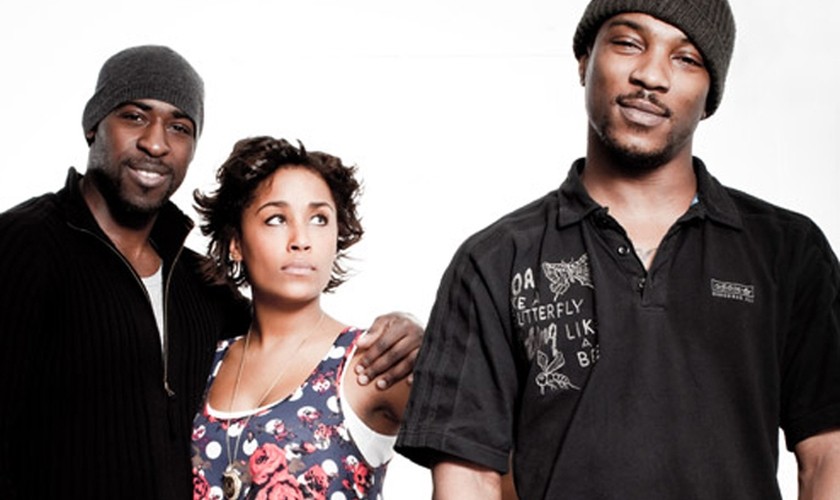 Bola Agbaje’s new play Off the Endz will open at the Royal Court in the Jerwood Theatre Downstairs from 19 February (previews from 11 February), with a cast including Lorraine Burroughs, Daniel Francis and Ashley Walters (seen on BBC 1 last night in Andrea Levy’s Small Island).

Bola Agbaje’s smart, savvy second play for the Royal Court asks whether being out of the system might be just as good as being in it. Her play Detaining Justice is currently selling out at the Tricycle Theatre as part of the Not Black and White season.

Ashley Walters will play the recently out of jail charmer, David. Ashley is currently appearing in BBC1’s two part drama Small Island. His theatre credits include Oxford Street at the Royal Court, In the Red and Brown Water at the Young Vic and Sing Yer Hearts Out for the Lads at the National Theatre. His film credits include Bullet Boy.

Lorraine Burroughs plays his ex-girlfriend, and girlfriend of Kojo, Sharon. Her theatre credits include Othello at Shakespeare’s Globe, The War Next Door, How Long Is Never?, Dafur: A Response and Fabulation at the Tricycle. Her television credits include Spooks and All About George.

Daniel Francis plays Kojo, determined to work his way towards a better life, despite the system working against him. His theatre credits include The Brothers Size at the Young Vic, Comedy of Errors and Twelfth Night at the RSC and The Hounding of David Oluwale at the West Yorkshire Playhouse.

“My future is here. My aim is clear and simple. I want out. I wanna be rich. I’m not gonna pretend it’s anything more than that and I want it now.”

David (Walters), Kojo (Francis) and Sharon (Burroughs) grew up on a London estate. Now in their mid 20s, they’re eyeing another kind of life. But how do you choose the right path when temptation lies around every corner? If your emotional or financial debt is sky high, how do you buy your way out?

Bola Agbaje’s debut play ‘Gone Too Far’ was performed at the Royal Court in 2007 as part of the Royal Court’s Young Writers Festival, and won an Olivier Award for Outstanding Achievement and was also nominated for Most Promising Playwright at the Evening Standard Awards. Her other work includes If Things Were Different, In Time, Anything You Can Do for Soho Theatre and most recently Detaining Justice at the Tricycle Theatre.

The show will be directed by Jeremy Herrin, designed by Ultz, with lighting by Jo Joelson, sound by Emma Laxton and original music composed by Sophie Solomon.

Director Jeremy Herrin’s credits include The Priory, Tusk Tusk, The Vertical Hour, That Face, all for the Royal Court and he will also direct Anya Reiss’ Spur of the Moment later in the season.