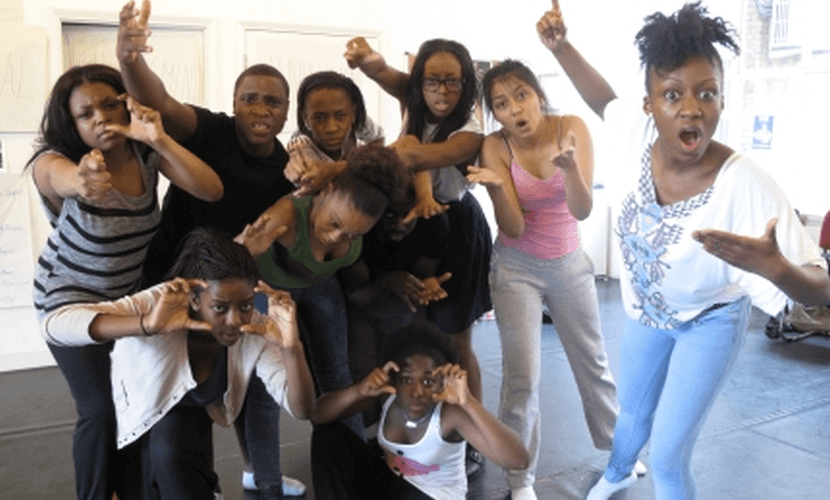 Talawa Young People’s Theatre 2012 (TYPT:12), an annual summer school run by Talawa Theatre Company, will run this year from 30 July to 25 August. Thirteen 18 to 25 year olds, who applied in May, will work for four intensive weeks with theatre professionals and director Anthony Ekundayo Lennon, to devise a piece of theatre that will be performed at The Embassy Theatre at The Central School of Speech and Drama between 23 and 25 August.

Now in its seventeenth year, 2011’s TYPT show, #I Am England, explored what it meant to be Black and British, looking at the last 25 years of Black British history. It drew inspiration from last year’s riots, which took place during rehearsals and influenced the final show. Previous TYPT shows have been presented at Sadler’s Wells, the National Maritime Museum, Drill Hall and the Bernie Grant Arts Centre.

This year’s participants come from a variety of backgrounds and are at differing stages in their acting careers. TYPT:12 includes graduates from the Rose Bruford College, Guildford School of Acting, Identity School of Drama, Manchester Metropolitan University and Brunel University as well as participants with no formal training.

Anthony Ekundayo Lennon recently completed his work as assistant and staff director of the acclaimed National Theatre Production of Moon on a Rainbow Shawl, which was directed by Talawa Artistic Director Michael Buffong. Whilst at the National Theatre he directed readings as part of the Exploring Black British Plays event and the National’s Platform of Trinidadian Writings. He was Assistant & Resident Director for the West End production of Cat On A Hot Tin Roof (Novello Theatre 2009/10) directed by Debbie Allen. He directed Winsome’s Daughter as part of Talawa Theatre Company’s Flipping the Script season at the Young Vic and was Assistant Director to Michael Buffong at the Almeida Theatre for Crawling in the Dark (2011).

Graduates from TYPT have gone on to work in theatre, film and TV: Nonso Anozie appeared in Death and the King’s Horseman at the National Theatre, played the youngest-ever Lear in the RSC production of King Lear, and appeared in the film Atonement; Femi Oguns is a founder of the Identity Drama School, the UK’s first Black drama school; Peter Bakare is a co-writer for Channel 4’s Unseen Skins; Shaun Blackstock recently appeared in Hollyoaks; and Shanika Warren-Markland was in Noel Clarke’s films Adulthood and 4.3.2.1.