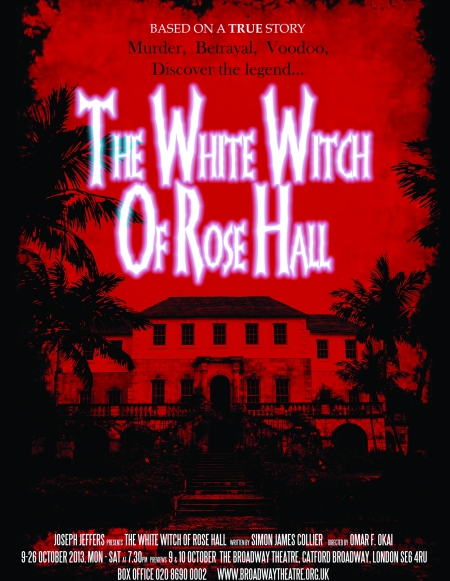 The White Witch of Rose Hall

From the award-winning creative team that brought you ‘Purlie’, ‘The Remains of the Day’, ‘1888’, ‘Collision’, ‘Preacherosity’ and ‘The Smilin’ State’.

Based on a true story. Set in nineteenth-century West Indies, against a backdrop of the abolishment of slavery, Voodoo, murder, betrayal and lust.

The White Witch of Rose Hall is the legendary Jamaican story inspired by ‘true’ events of the time, of a love triangle between plantation owner Annie Palmer, her newly arrived English Book-Keeper Robert Rutherford and a young island girl named Millie.

All of which leads to a brutal and terrifying end!