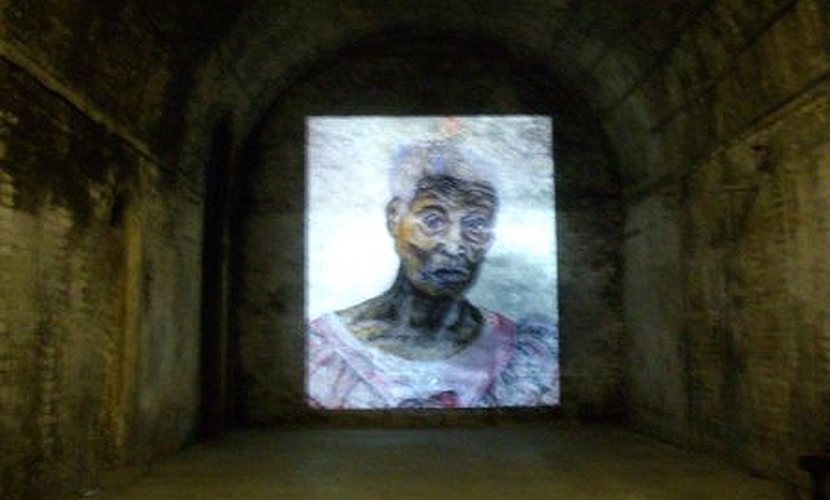 Reinterpretation of the Ancestors

Dominica’s one hundred centenarians are perhaps the New World’s only living connection to the TransAtlantic Slave Trade. The Living Ancestors exhibition by artist and social justice activist Gabrielle Le Roux is a poignant tribute to the world’s oldest woman Elizabeth Pampo Israel, who lived to 128, and nine of her contemporaries from the Caribbean island of Dominica.

The images and personal stories from the sitters not only reveal the remarkable social history, resilience, and the enduring legacy of the women’s individual personalities, it also portrays the depth of the relationship the artist had with her sitters, as she had also lived on the island for several years. A native of the U.K., she has lived in various countries, Dominica included. She returned to the island in an effort to reconnect her son Benjamin (Plan Be) to his birthplace and father’s ancestral land.

The trip eventually transformed into an opportunity to draw the world’s oldest woman, Elisabeth Israel affectionately known as Ma Pampo and subsequently nine of her contemporaries. One may be wondering what is so special about Dominica? Branded as the nature island of the Caribbean, Dominica, unblemished by mass tourism, overflowing with lush vegetation and abundant rows of banana fields, is a blissful paradise. This 754-square kilometre island is home to many centenarian men and women, whose lifestyles consist of fresh food and natural exercise.

Le Roux drew parallels to her drawings of the women, the daughters and granddaughters of enslaved Africans and the protests occurring during the present G-20 Summit in London, both directly related to and consequences of capitalist greed. She asserted, “These women represent resilience, survival and hardship.” She has conveyed a story of the life of ten women who exude the strength and endurance of their mothers and grandmothers.

Living Ancestors is a tribute in portraits and stories to the world’s oldest woman, Ma Pampo, and nine other Dominican centenarians. It records the presence of largely unrecognised women. Its celebration of diversity, alternative values, and beauty has touched a cross section of viewers and drawn many first-time visitors to the Museum, particularly from Dominica and the Caribbean Diaspora.

As Shunt’s curator Gemma Brockis writes; “The Living Ancestors portraits seemed to have a relationship with the building, in its grandeur and in its age. The images, when projected onto the walls, marry the wrinkles on their face with the wrinkles of the building, out of which their eyes gaze at the little people beneath, who in their turn are watching and wondering about the years they have seen.”